For the discussion of Dutch Shepherds

I am not sure why it took me over a year to post this here. I honestly thought I had already posted it. I guess the grief I felt was more overwhelming than expected. It was a horrible day.

The Miami Dade Animal Services Shelter called him Goofy and listed him as a "Shepherd Mix." He had the face of an angel, and the shelter staff had written "Awesome Dog" and drew hearts all over the paperwork attached to his kennel. I had never heard of a Dutch Shepherd. 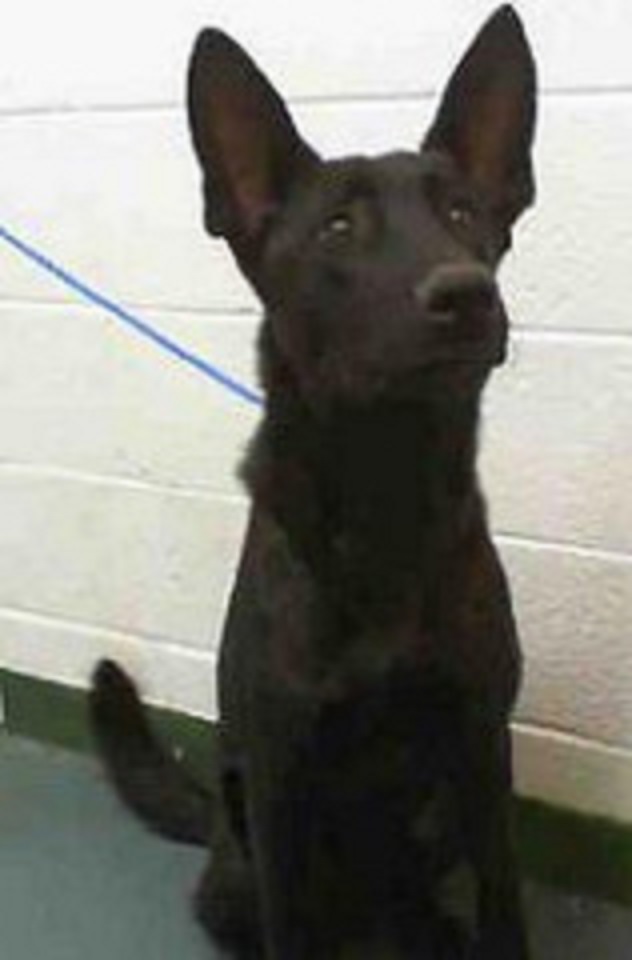 To say I wasn't prepared for a Dutch Shepherd is a vast understatement. The first week with Radar was filled with highs and lows and a complete misunderstanding of owning a working dog. He was in one minute a totally affectionate loving creature and the next a holy terror.

Taking on the commitment to bring a new family member into my home is a serious proposition for me, and I wasn't about to give up. I really though the work I had put in to owning a Labrador retriever would help me through it. There were a lot of similarities, but a lab can be coaxed to peacefulness much easier than a Dutch Shepherd. 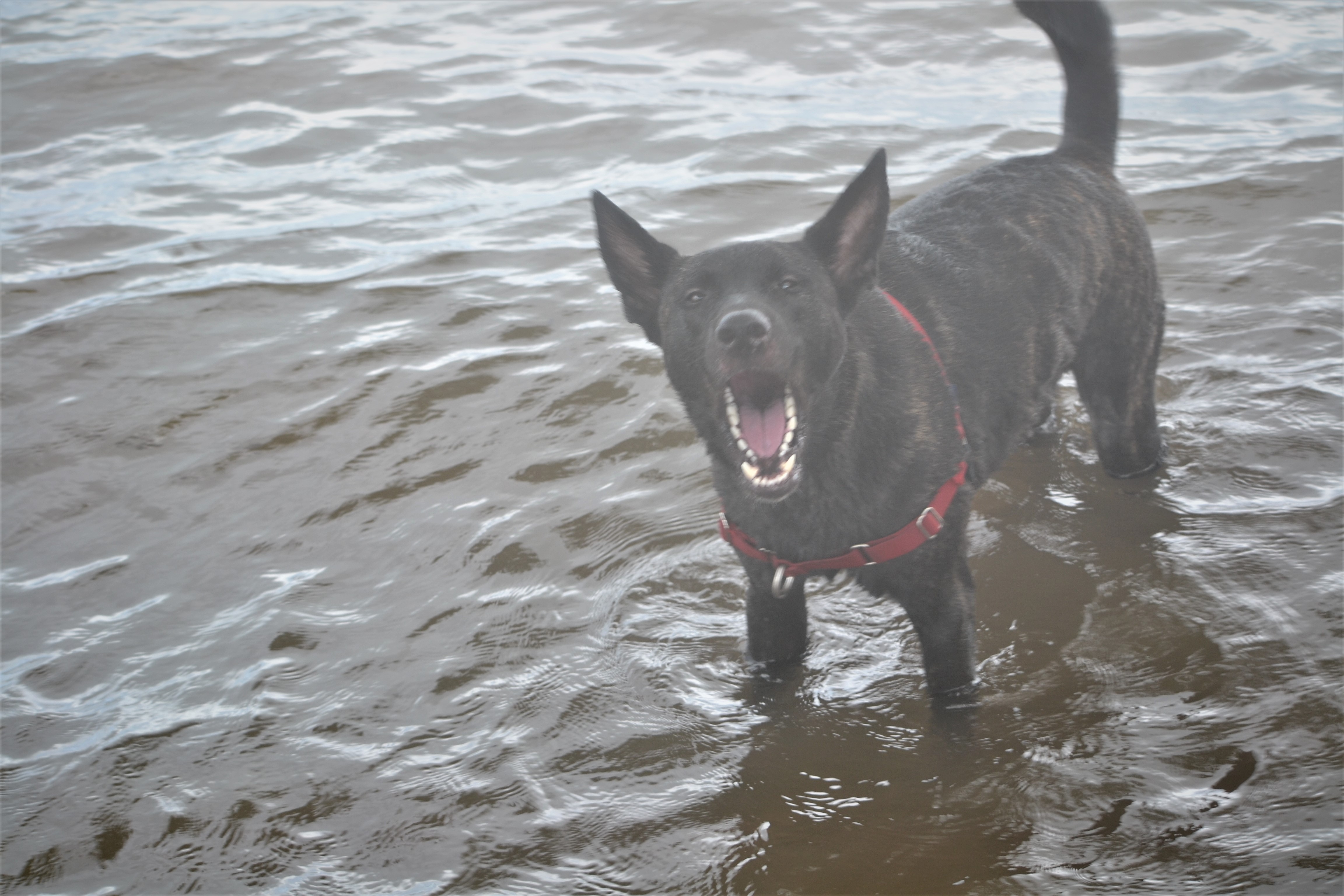 The first month I had him, I did everything wrong. I tried alpha rolls and an e-collar. I thought twice daily walks would suffice for exercise, and I couldn't get him to play with me. I brought in a pet-level trainer who thought a squirt bottle was the key to an obedient dog. The look on her face when Radar stole the water bottle from her was priceless. I can tell you that she was the 2nd person who's life was positively impacted by this dog.

She was just getting started in training, and had a clear learn by mistake epiphany. She took her game to the next level and is now an accomplished behavioral specialist.

Obedience was a breeze for Radar - he actually lived for it and loved every one of our sessions. He picked up a command in just about 2-3 tries for everything, but when he wanted to be stubborn, there was no getting through to his thick skull. I started calling him boo-head - as in he had a boo-boo on his brain.

One of the biggest concerns I had was his reactivity. He would blow up in the presence of other dogs, anything on wheels especially skateboards, and occasionally random people.

We worked for months on counter conditioning the dog reactivity and had minor breakthroughs, but he never got consistent on ignoring things. Eventually, I just let him be himself and kept him away from his triggers to the best of my ability. 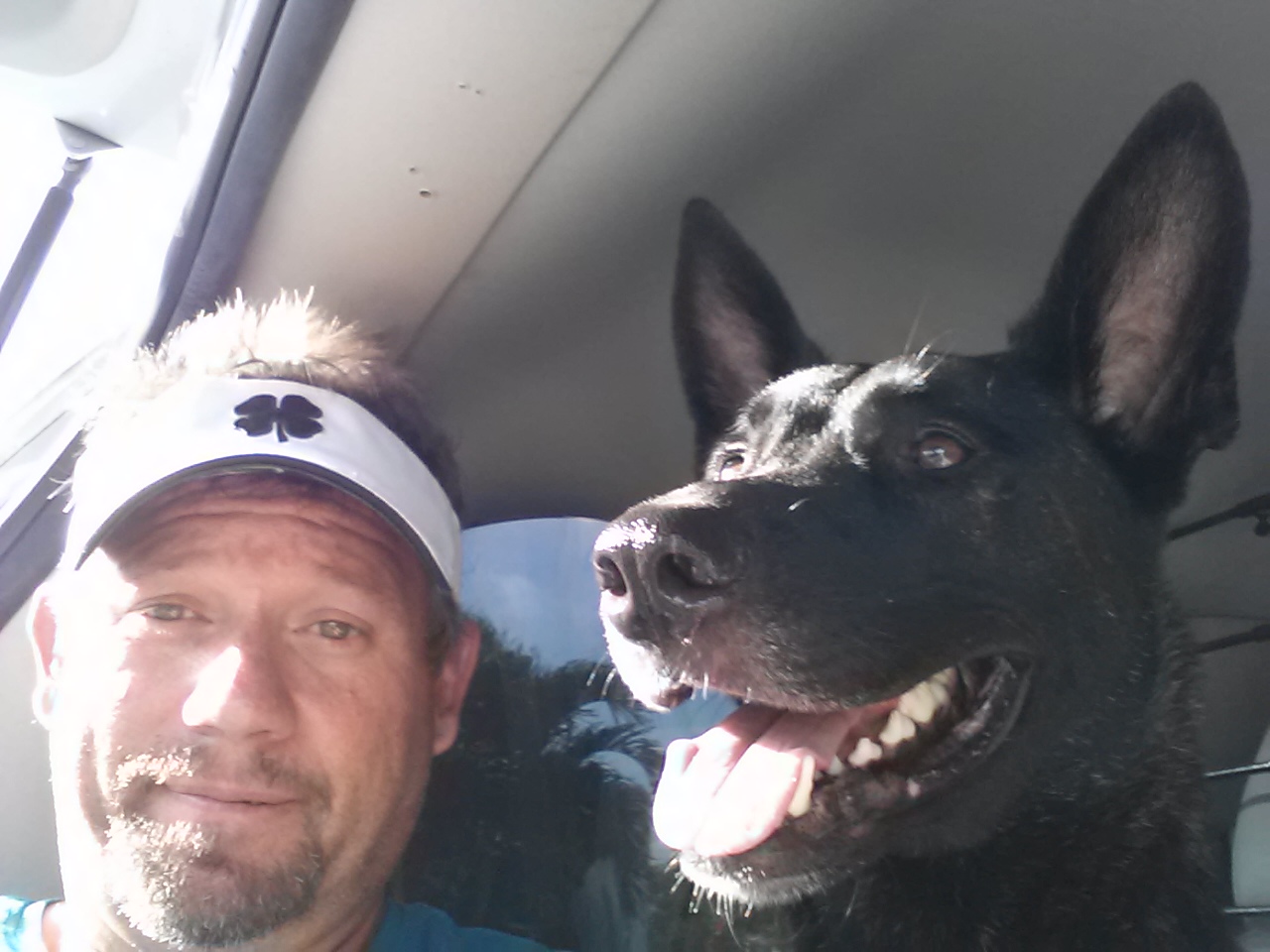 He still had a good life. I found that playing tug with him was better at calming him down than anything else. I enjoyed it as much as he did. He had a big plastic ball that he would chase and rollback to me. we did that 10+ times a day. He got to go out on the boat and hikes where he was able to swim like the fish he was meant to be and loved it always. 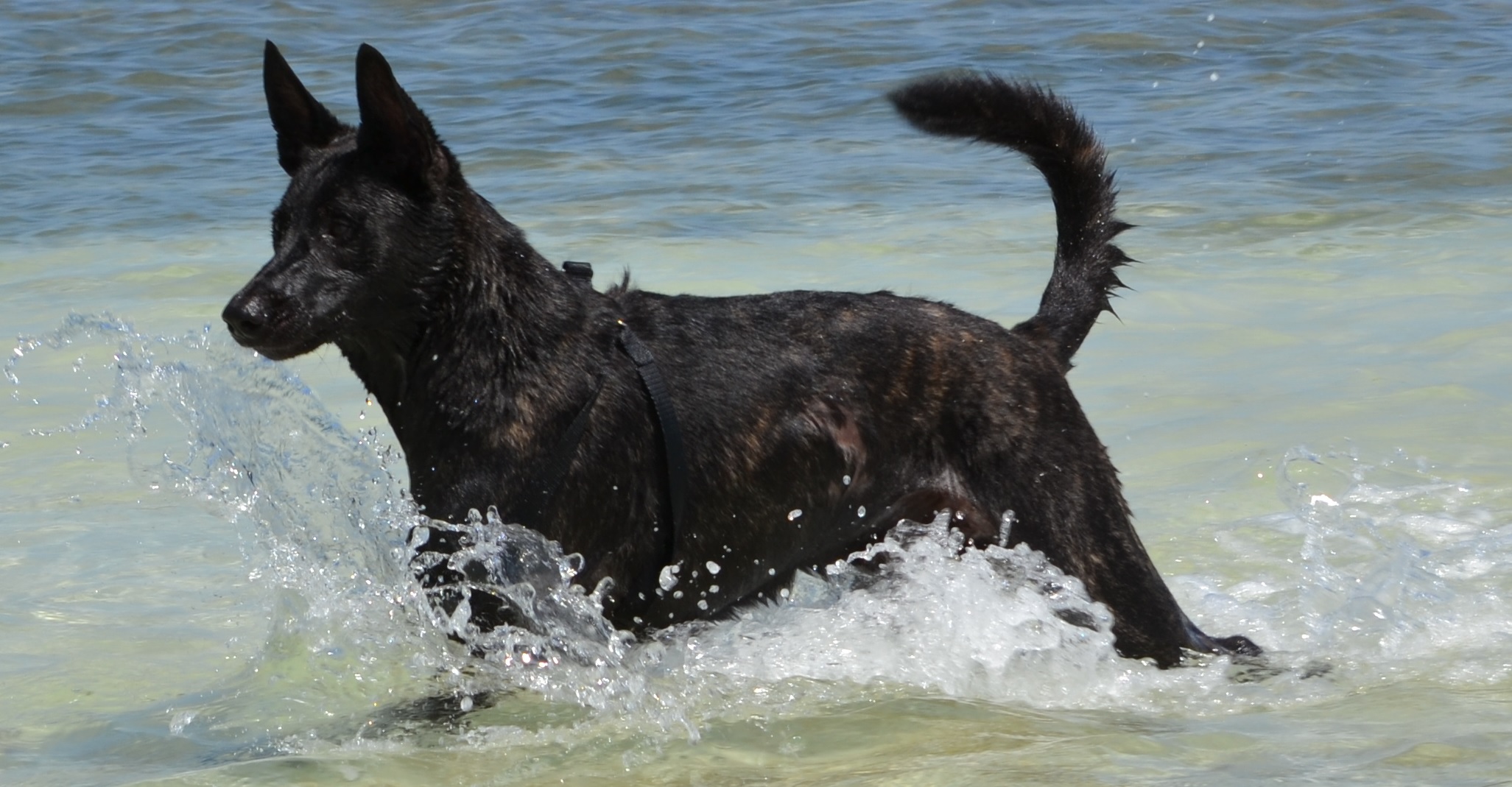 I can't stress enough how much this website got me through the rough times, and it is the main reason I keep it up and running. So, you could say that if you're reading this, he impacted your life as well. Hopefully, in a positive way.

His soft side was amazing. Big long licks of the tongue to your face that I welcomed every time. He would snuggle between my wife and I most night in bed, but really get upset when I stopped petting him. If I rolled over to turn away from him, he would get up and lay at the foot of the bed. 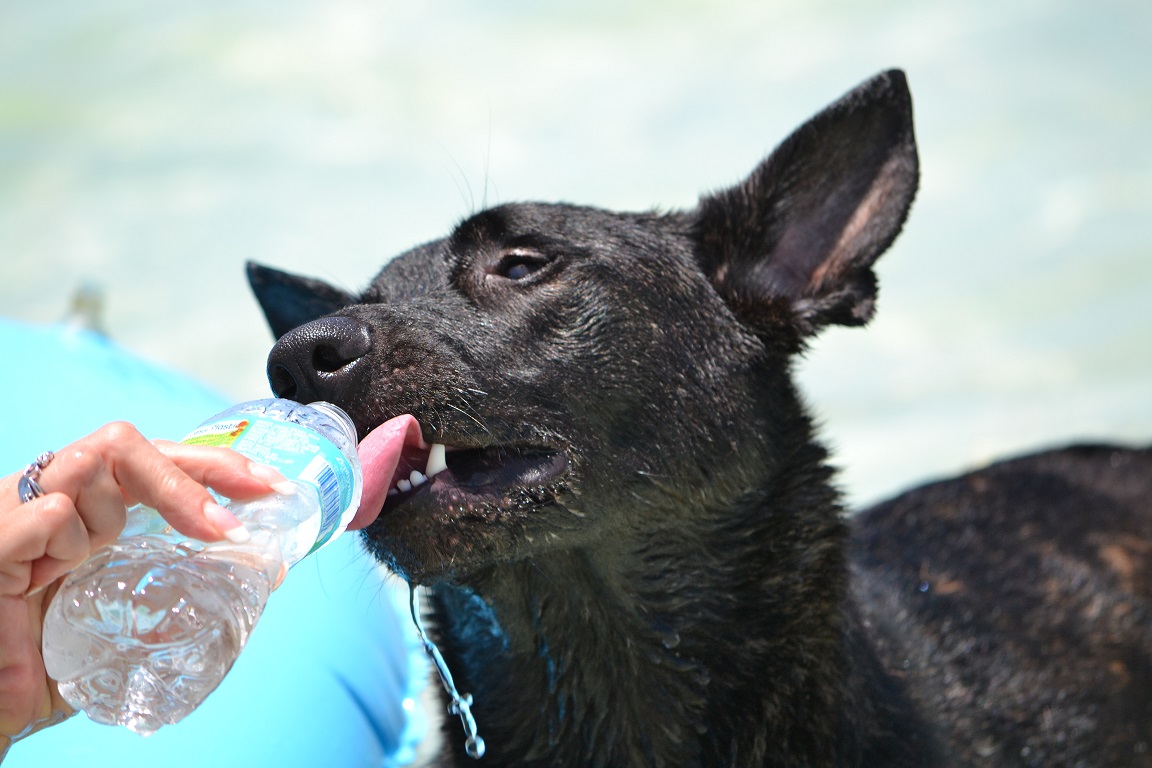 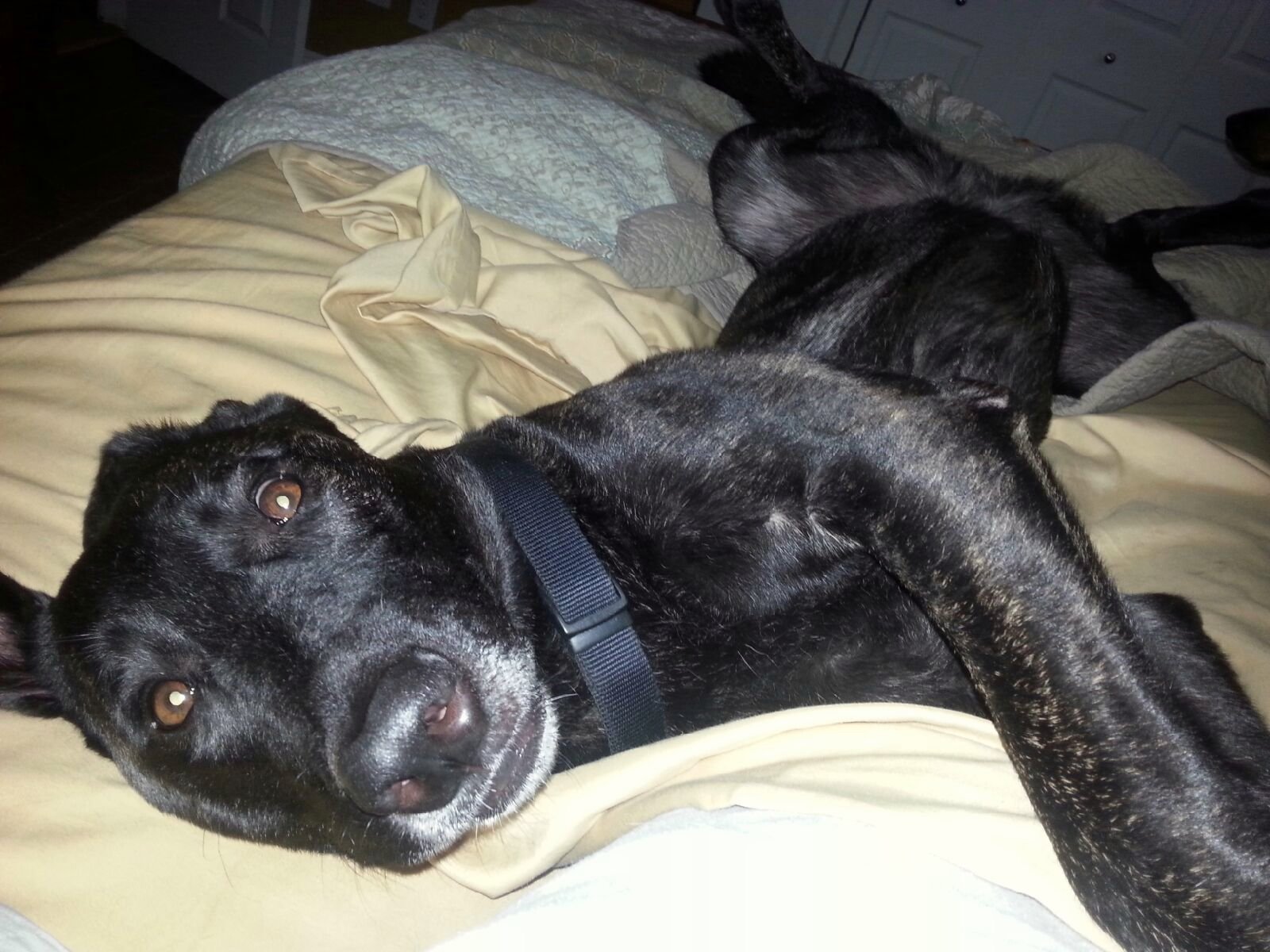 The COVID-19 virus lockdowns allowed me to work form home fulltime. I was thinking it would be a really great time to make my bond with Radar even stronger, but fate was not on our side. In early June 2020 I took him to the vet because he had a sore spot on his neck that caused him to lash out if touched and hold his head in a strange way. Diagnosis - soft tissue injury.

I have pics that show the issue more graphically, but here's one a little more tame... 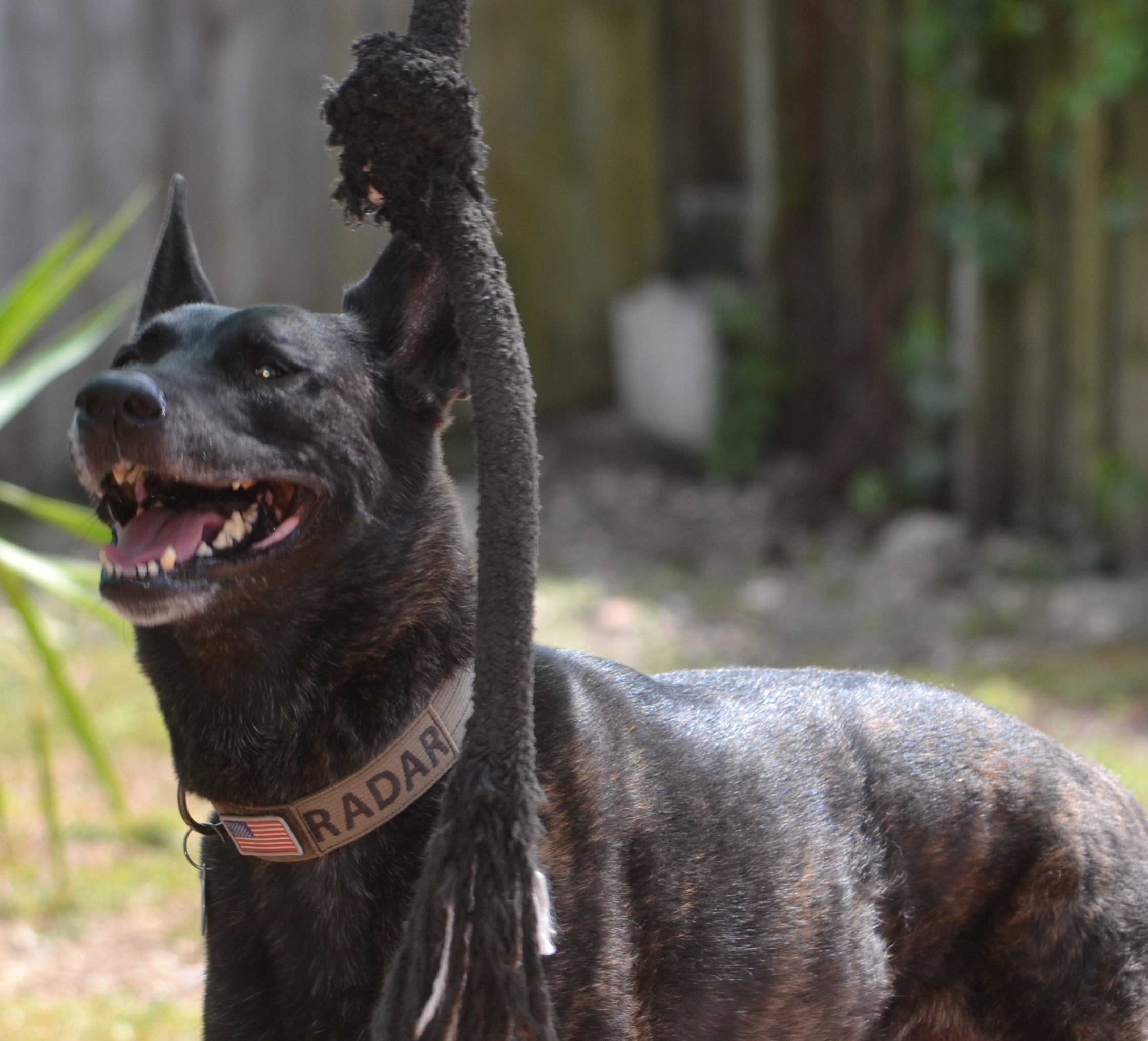 A couple of weeks later, he had a giant lump on his neck, so we took him back to the vet for the worst news possible - aggressive cancer intertwined into his spine. We took him home on pain meds to say goodbye and make final arrangements.

Like my memorial post to my lab (Tequila) and shepherd mix (Snickers) in another post I always take solace in the fact that when a dog leaves my life it leads me to a new adventure like Radar.

The same is true again, as Radar's passing has lead me to Mustang who although he has his own challenges, is an adventure I am happy to be on.

Rest in peace my old friend, and if ever there was a single true mythology, please let it be the concept of the rainbow bridge. 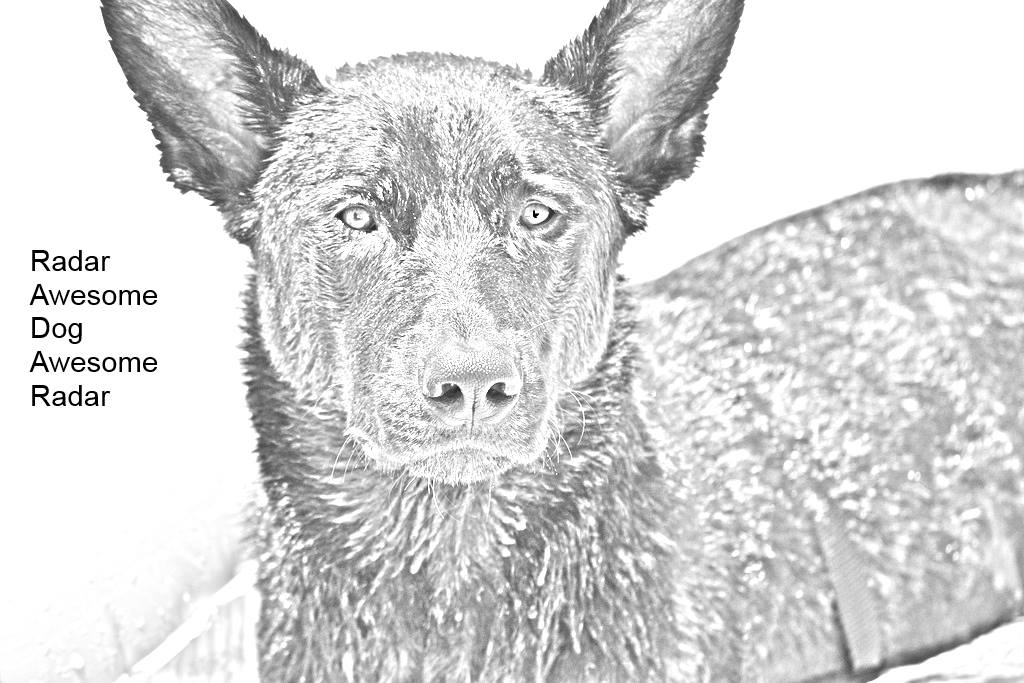 TimL_168
Working Dog
Posts: 1353
Joined: Wed Oct 08, 2014 2:11 pm
Tell us about yourself: I am: a father of 2 boys, a carpenter, hunter, runner. We have extensive experience with sled dogs, shepherd mixes, a wolf hybrid, and our current dog a 95# long haired Shiloh Shepherd. We added Endeavor in April 2016. She was not working out in HRD. I train for game recovery and general utility.
Location: central MD

Man... Why you gotta make me tear up first thing on a Friday

I needed to celebrate his life. It had been a year, and I was felling pretty down myself.

It took me a while to get thru my own tears to write it.
Michael
Location - Cutler Bay, FL USA
Top

Beautiful tribute, sounds like he was such a good friend. They never live long enough. Full consensus on the Rainbow Bridge

. Thanks for sharing, and Mustang is a lucky dog!
Top

Radar didn't do anything notably spectacular, but I know he was one of those one in a million special dogs. I almost feel guilty for not being able to let him reach his full potential. I am confident that my rescue saved his life. I am overly humbled by not allowing him to reach his potential but I know I did the best I could
Michael
Location - Cutler Bay, FL USA
Top

Joxgirl
Working Dog
Posts: 1633
Joined: Wed Apr 26, 2017 1:38 pm
Tell us about yourself: Loving every crazy day with my DS in CA and UT.
Location: Southern California

I’m deeply saddened by the news of Radars passing. We all can see what a great life you had with Him. He will meet you at that Rainbow Bridge. I have never read a more beautiful eulogy for a best friend.
Saralee
Rogue (Dutch Shepherd) 2 years old
Joachimstaler @ IG
Top

TheVII
Puppy
Posts: 53
Joined: Thu Aug 05, 2021 8:36 am
Tell us about yourself: Grew up with dogs, but none as a particular as the dutch shepherds. We decided to get a Dutch shepherd pup, but before we commit more feedback would be appreciated.

I started reading with a heavy heart, considering the topic. But, actually reading through it brought a smile to my face. It sounds like you gave him an amazing life.

It's sad to lose these wonderful creatures, but their time is short. It hurts like hell, still, we can understand their death. If they outlived us it's hard to tell how they would cope or how much pain it would bring to them to lose their family. So, all we can hope for is to give them wonderful lives as short as they are.

Because for that brief time they are with us, they make us better and give everything they can.

I'm glad you had him. He sounds like a wonderful dog.
Top

I saw this quote, and I'm not sure of the original source.

It fully describes my feelings about Radar.


I broke my heart to save my soul.

Return to “In Memoriam”